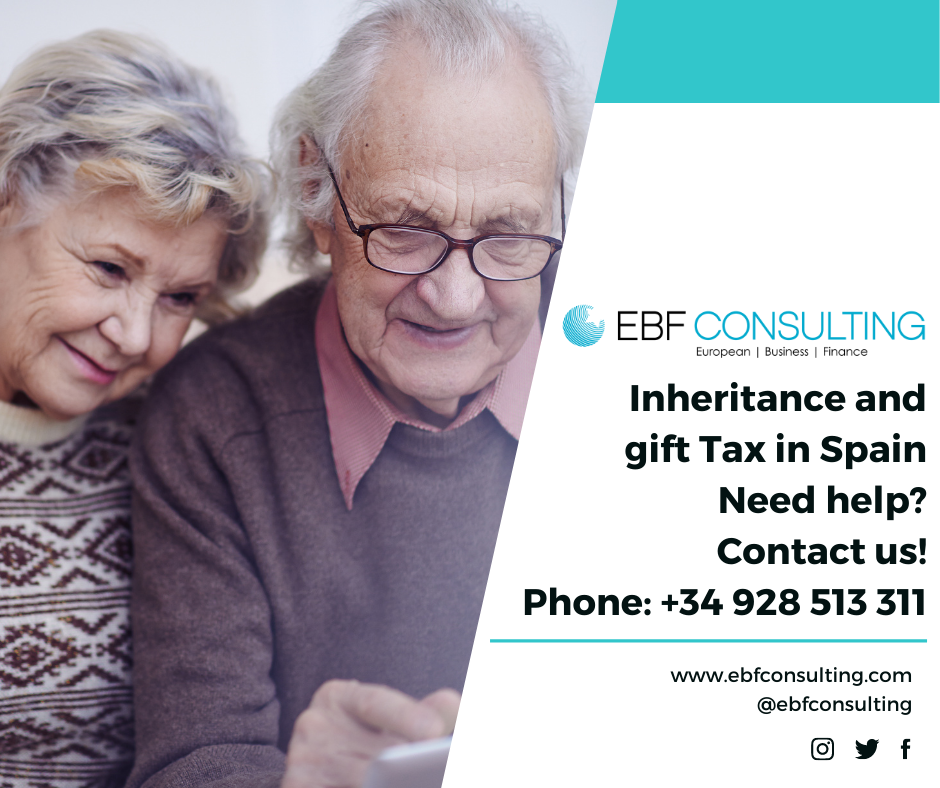 Inheritance and Gift Tax in Spain

It is never pleasant when having to deal with death and tax; however it cannot be avoided and must be declared within a certain time period so it is fundamental both you and your heirs understand the implications.

Each Autonomous Community in Spain has its own rules, which comply with the State legislation but the tax allowances vary significantly between each region.

The Spanish Inheritance Tax is the same as Gift Tax, which means that the tax for someone who inherits or is gifted an asset in Spain will be the same.

If you are a tax resident in Spain, you will have a personal obligation to declare to the Spanish Tax Authorities any worldwide inheritance that you are a beneficiary of.  If there is a double taxation agreement between both countries, then you should be able to offset tax paid in the other country.

You have six months from the date of death to present the tax return but this can be extended for a further six months if needed.

The tax can be filed at your local Tax Office in the corresponding Autonomous Community.

As a non resident tax payer of Spain you have a real obligation to pay tax on those assets/rights located in Spain.

The tax will have to be filed in Madrid.

Although it has not yet materialized in a new legislative reform of this Law, in practice the National Tax Management Office considers correct the declarations submitted by non-EU residents who have applied the regulations of the autonomous community and they are even granting refunds for those non-EU citizens who had initially paid the tax under state regulations as opposed to their autonomous community.

WHAT IS THE TAX IN SPAIN?

It is important to note that there are no exemptions between spouses as there are in other countries.  In Spain, the National Government set the tax rates that fall within the following brackets:

The tax reliefs that can be applied to reduce your inheritance tax will depend on the relationship between the deceased and the heir, which fall in to the following groups:

Some of the Autonomous Communities increase the tax allowance, such as Valencia, Andalucía, Cataluña, Canary Islands who provide significant reductions for spouses and children.

Contact us and we will be in touch with you as soon as possible.