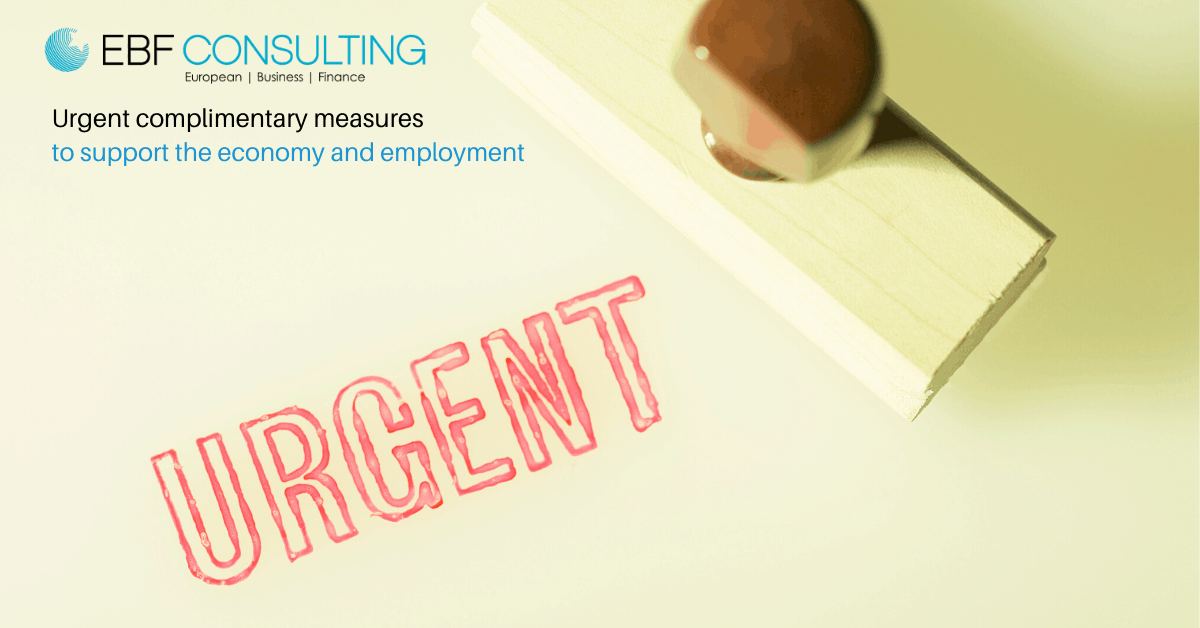 Further to the declared State of Alarm, which continues until the 26th April and is forecasted to be extended until the 9th May, as proposed by the Congress of Deputies, this Royal Decree 15/2020 has been published this morning to announce further measures that need to be put in place in order to support the economic and employment situation caused by the COVID-19 crisis.

The loss or reduction of income during the State of Alarm has left self-employed and small businesses with the financial complication of being to meet the total or partial payment of rent on commercial premises putting their trade at serious risk of not being able to continue. Therefore in order to regulate this situation, the tenant can apply to the landlord who is business or public entity with more than 10 properties for a suspension of rent that must be accepted by the landlord unless another agreement has already been reached. This suspension will be applied automatically and will take effect during the state of alarm, its extensions and the following months up to a maximum of four months if the impact of COVID-19 crisis continues. This rent will be recovered with no penalty or interest as from when the rent is re-instated and fractioned over a two year period or during the rental contract.

Those businesses that are renting commercial property from other landlords that are not included in the previous paragraph are able to for temporary and extraordinary postponement of their rent within one month of this Royal Decree being published or a reduction in rent if this has not been already agreed voluntarily between both parties.

As well as he above, it is possible for the parties to agree to use the “deposit” withheld when signing the contract as total or partial payment for some of the months and then the tenant will be obliged to pay this back over one year from when the agreement is met or within the rest of the duration of the contract should it be less than one year.

Only businesses that have been suspended due to RD 463/2020 announcing the State of Alarm or whose average monthly turnover during the current quarter has been reduced by 75% in relation to the previous year may apply for this.

The reduction of activity will be initially accepted by a declaration of responsibility based on the accounts information, in which it must be stated the 75% reduction of the monthly invoicing in comparison to the previous year. The suspension of the activity will be credited by a certificate issued by the Tax Authorities or Competent entity in the Autonomous Communities.

Consequences of benefiting from the temporary postponement without complying with the stated conditions will be result in the tenant being responsible for the damage caused to the landlord.

Insurance Policies
The Insurance Compensation Consortium of credit insurance risks assumed by private insurance entities may put in place some basic conditions of acceptance in reinsurance, covering economic conditions, extra cover, as from the 1st January 2020 and for a minimum period of two years.

VAT rate on medical items
In order to allow the sanitation material to be provided more quickly and effectively, the VAT on importation and intra-community purchases has been reduced to zero percent until the 31st July 2020, so long as the final destination is to public entities and medical centers.

Extraordinary option for Corporation tax payment on account
Those companies that have been affected by RDL 14/2020 of 14th April, deferring tax payments due on 20th April to 20th May are able to calculate the payment on the first quarter 2020 as opposed to the profits from 2018. The same can be applied to the payment made in July and October, allowing them to calculate the payment based on the previous months of the current year.

Those businesses not affected by the RDL 14/2020, may be able to apply this in their second and third payment made in July and October respectively. The payment made in April 2020 will be deductible from the rest of the payments made during 2020. This is not applicable to those fiscal groups that apply the special regime for fiscal consolidation in accordance with chapter VI of title VII of the Law 27/2014, 27th November, for Corporation Tax.

Modular tax
Those sole traders registered in the modular system are permitted to proportion the calculation in accordance with the number of days closed. Also, there is the possibility of opting out of the modular system for 2020, without having to comply with the exemption of this system during the following three years, which under normal circumstances is the minimum requirement. This means, businesses can opt out for 2020 and submit tax returns based on their “real profits/losses” and opt back in for 2021.

ERTE for essential services
Those companies that have not been forced to close or restrict work within their companies and are classified as essential services are permitted to apply an ERTE if their turnover has been significantly reduced and can differentiate between those employees that are considered fundamental for the company activity and those that are not.

Remote work
Working remotely has been extended for another two months as well as the right to adapt working hours and reduction of hours for the employee. This option should be considered priority during this period.

Pension plans
Terms and conditions are established to give effect to the consolidated rights of pension plans. The titleholder may apply access to their consolidated rights if they have been included in an ERTE, their business has been suspended, closed or affected by the COVID-19 crisis. The amount of consolidated rights to be accessed will have to be justified; equivalent to the net salary not received during the ERTE that takes place during the state of alarm plus one month or if self employed then the estimated net income that has not been obtained during the same period.

Extension of deadlines in tax procedures
Those deadlines that were extended to the 30th April in article 33 of RDL 8/2020 and later extended to the 20th May, which related to documents received from the Tax Authorities such as answering letters, embargo orders, requests for information and deadlines for granted fractioned payments, have now been extended to the 30th May. This includes deadlines in which to pay calculations carried out by the Tax Administration communicated after the 18th March 2020. The period to present any appeals in answer to notifications received after the 18th March will begin after the 30th May.

Reduced VAT on certain products
Given the increase in demand for cultural products, books, newspapers and digital magazines during the “lockdown”, the VAT has been reduced to 4%.

State Guarantee on loans for rented accommodation
The loans provided to families who have difficulties paying rent on their living accommodation will be 100% guaranteed by the State.