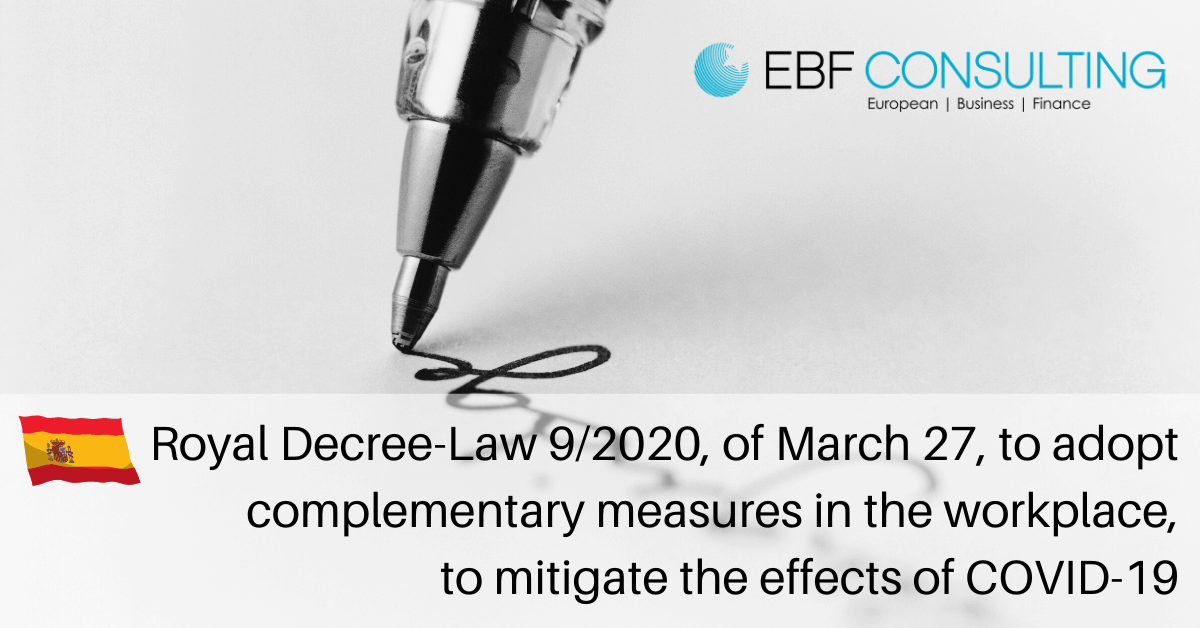 Since the State of Emergency was announced there has been a significant number of ERTEs presented creating a notable standstill in our labour market, which the Government now believes requires new measures and instruments to reduce the effects it is having.

In order to protect employees it will not be a justified reason to terminate an employment contract due to the economic, technical, organistional or productive reasons that have been caused by the COVID-19 crisis.

The unemployment benefit derived from an ERTE that has declared a suspension of employment contract or reduction in working hours, will be applied for as a collective application by the employer, who will be acting as the representative of their employees. This application must be within five days after the application for the ERTE has been submitted.

Any cooperative business that does not have sufficient means to conduct a General Assembly in order to approve the total or partial suspension of services from its partners can use the Governing Council to issue a certificate to deal with this procedure.

The suspension of temporary contracts that have been included in an ERTE due to the COVID-19 crisis will be considered as an interruption in their employment.

The duration of an ERTE that has been applied to do the COVID-19 crisis will be limited to the duration of the State of Emergency declared on the 14th March in the Royal Decree 463/2020 and any corresponding extensions.

The legal situation of unemployment in cases of force majeure will be from when it was caused. When the suspension or reduction of working hours has been enforced via an ERTE the date must coincide or be after the date the Company communicates the situation to the employment authorities.